MA Interior Design Major Project 2011, responding to the research question “How the public space of Liverpool Street Station becomes more inclusive through visualizing the generation of fractal curves based on the spatial use of the station”

A love for mathematics inspired me to explore the possibilities of using responsive environments to make mathematics more accessible and attractive to the public.

Mathematics is a formal system developed to recognize patterns occurring in nature, even the ones perceived by most as random. This project proposes a responsive installation visualizing the (invisible) patterns occurring in public space and how small changes in the initial variables of a system generate varying outcomes. To create a live fractal generator, I developed a custom code and defined a series of fractal patterns. 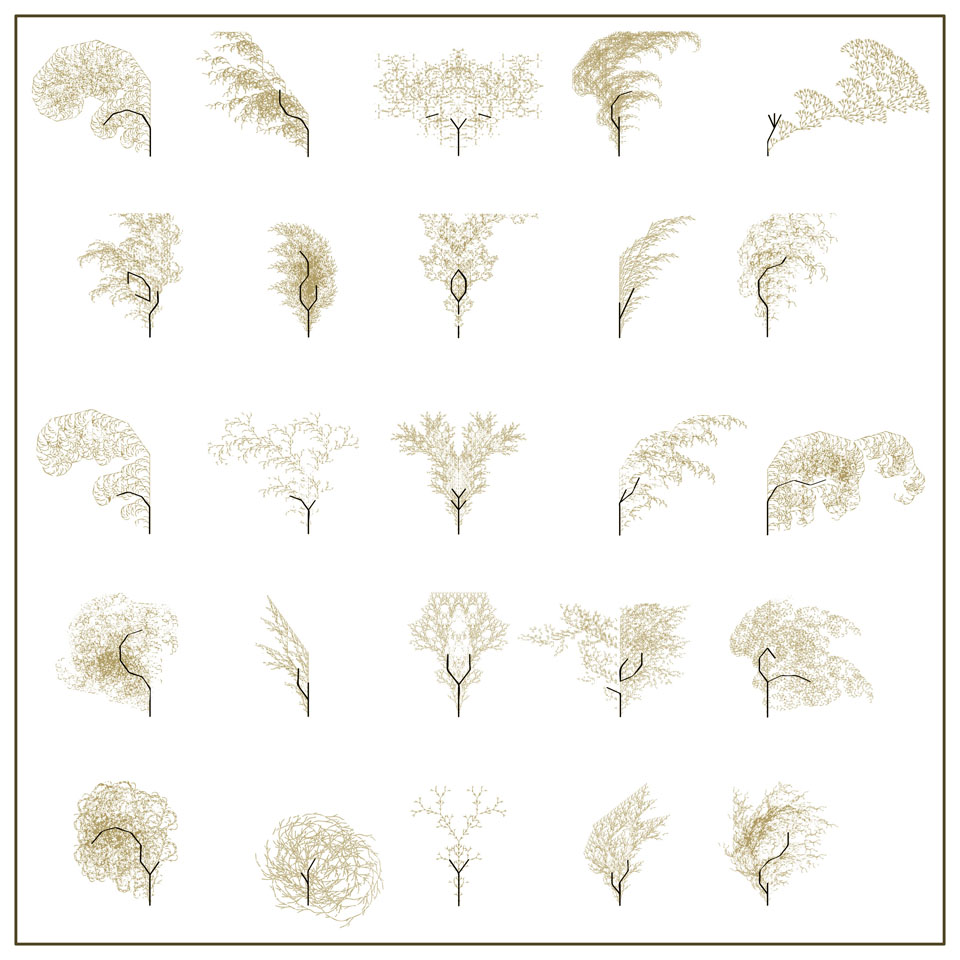 Liverpool Street Station in London was chosen as a possible site. By allowing the installation to track selected colours being worn by the users of the space, it creates an inclusive feeling without being intrusive. A camera captures still images of the space with regular intervals. The code then translates the position of the selected colour in the still image into coordinates. These coordinates corresponds to a specific shape, an initiator, growing in the direction of the tracked colours position in the space, reaching its final shape after 5 iterations. The procedure is then repeated and the space is filled with a constant flow of iterating fractal patterns. The colour currently being tracked is displayed as the background of the fractal projection and softly reaches down through suspended opaque plexi glass panels, creating a relationship between installation, the space and its users. 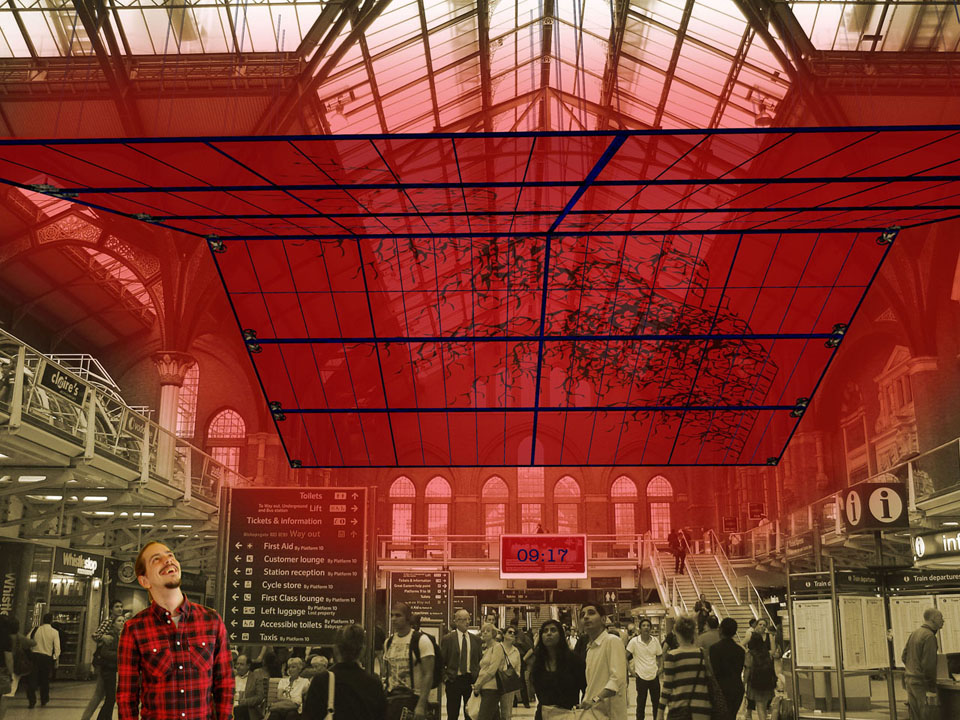 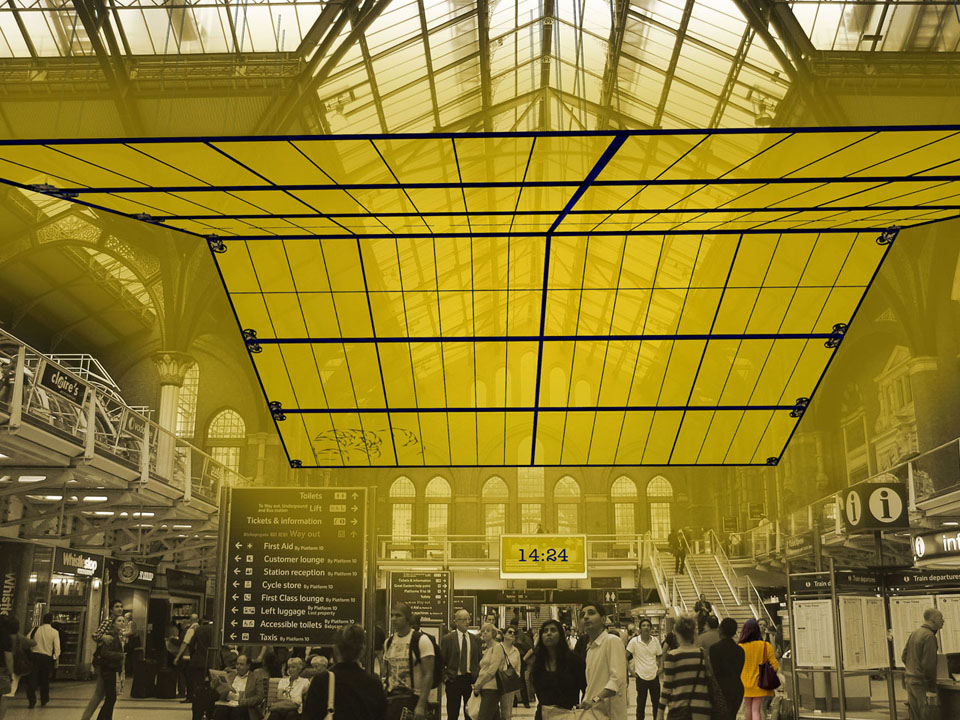 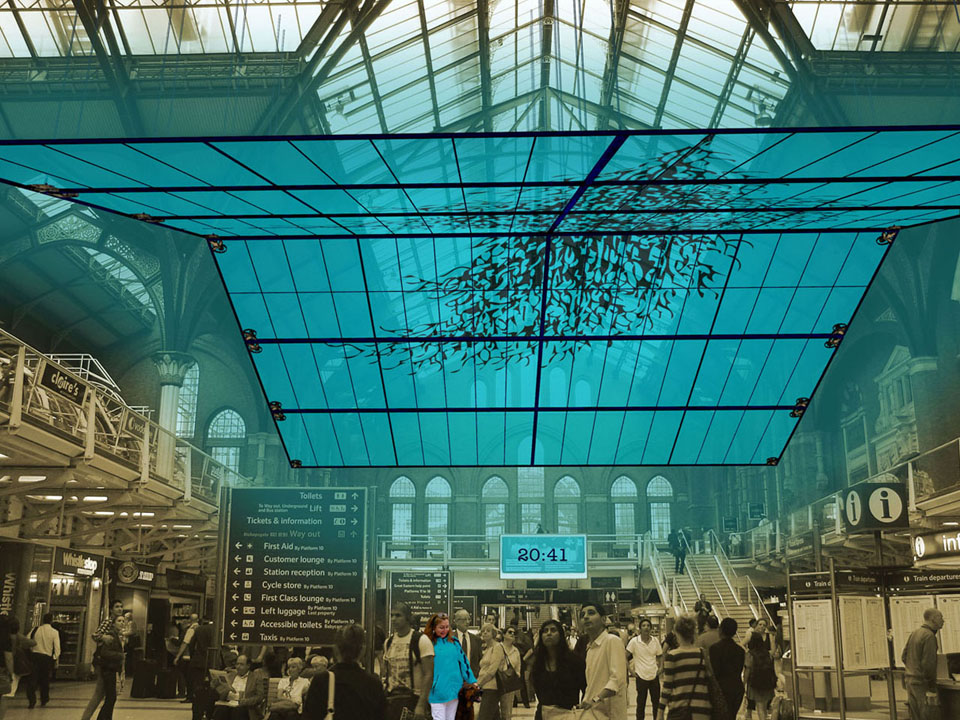 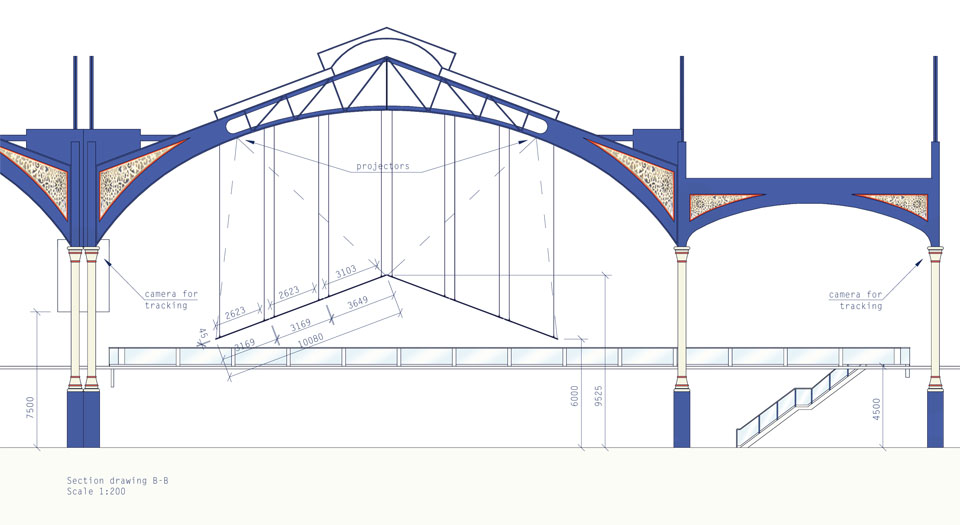 Participating in the Diamond Jubilee Future Design Exhibition in April 2012, I got a chance to test a further developed prototype in a live context. A camera tracked blue colour worn by visitors, which initiated the generation of fractal patterns on a screen. Encouraged by the positive response, I want to keep the project evolving by advancing the code and patterns and incorporate a projection to enable the full physical experience. 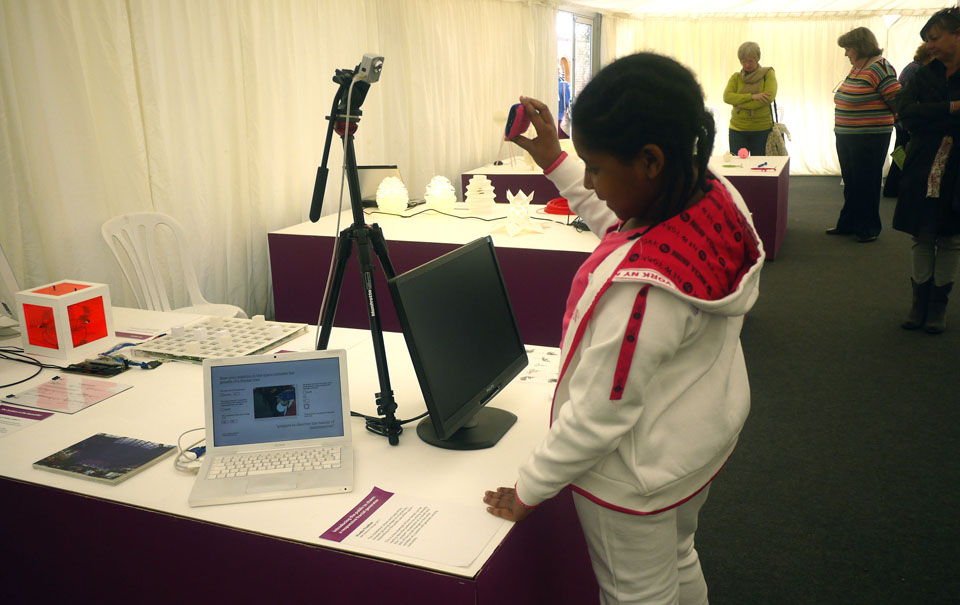 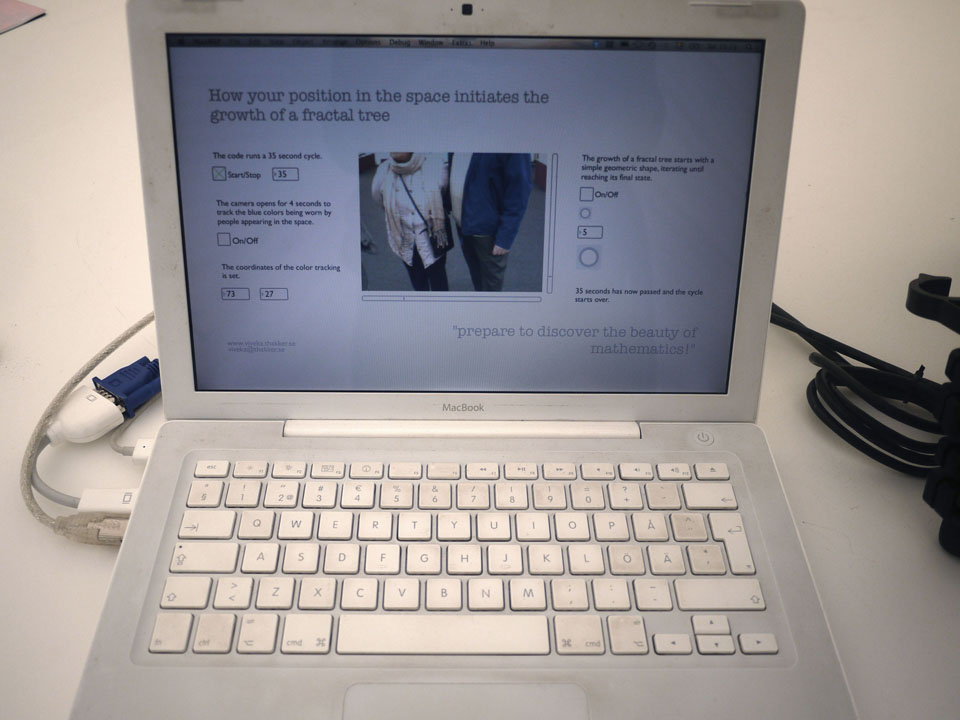 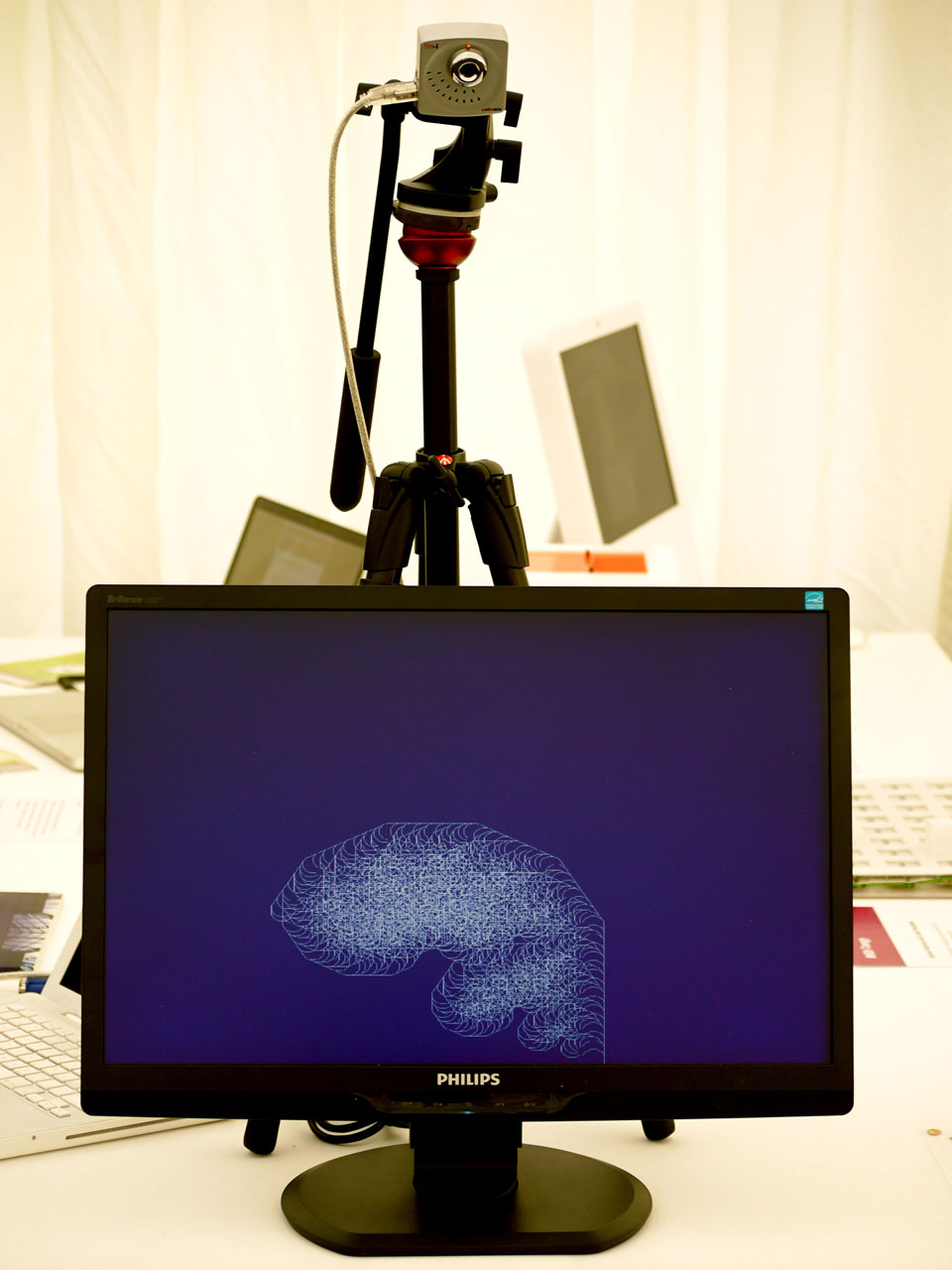 Prepare to start discovering the beauty of mathematics!